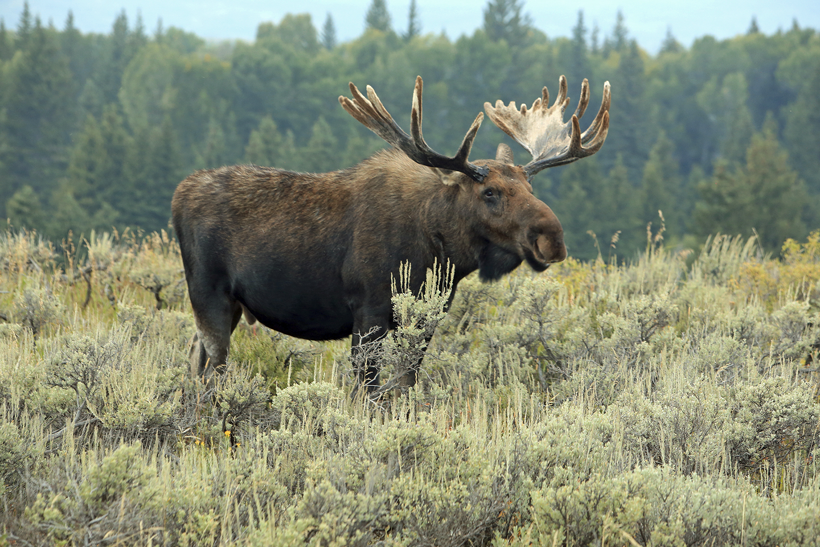 In many ways Wyoming is the perfect state for hunters. In particular, moose, bighorn sheep and mountain goat hunts offer an excellent blend of opportunity and quality. We love the season dates during the rut, ability to build points and general stability of the sheep and goat populations. The application process for these species is slightly less confusing than Wyoming’s elk draw, but it still follows a hybrid system full of complications. Here’s what you need to know to apply for any of these species in 2015 (find the application online here).

Why Wyoming for moose, sheep and goat 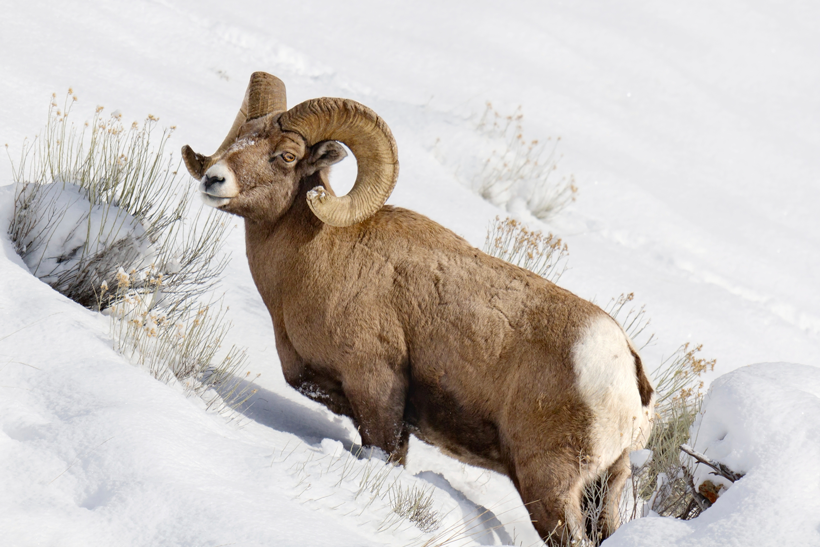 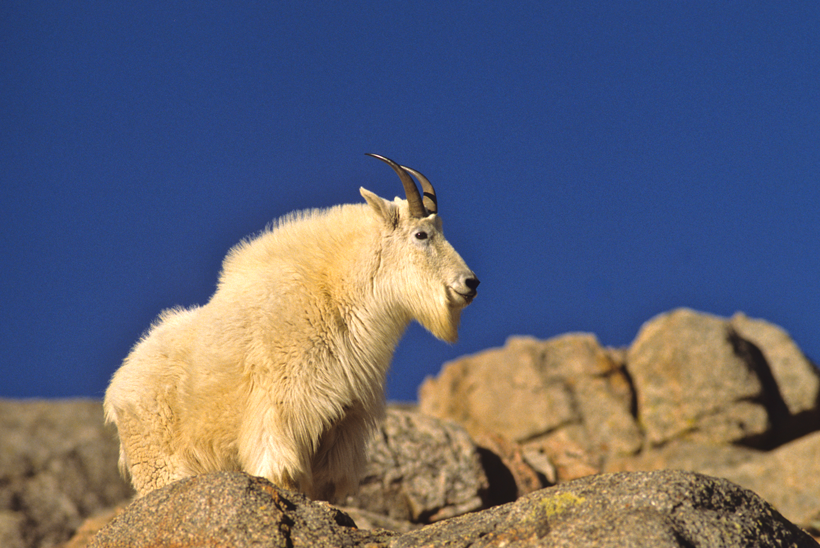 Moose herds are declining in Wyoming because of wolves, but are still sizeable when compared to other states. Sheep have a generally stable population and plenty of licenses as a result. Goats are reproducing well and also have stable numbers. If you are physically and mentally ready to try one of these intense hunts, check out Wyoming in 2015.

Both sheep and moose license applications only allow for one hunt area choice. Do your research for the best possible chances.

If you apply for sheep without many points, focus on the hunt choices with four or more licenses available. At least one of those tags will go to a random draw, not max point holders. Generally these are sheep Units 1 through 5, the other units with three or fewer licenses don’t have enough to issue one in the random draw. You’ll have a better chance than in the units where all licenses are awarded based on points. Remember to also factor in the Wyoming statute that says 75% of all licenses go to residents and 25% to nonresidents. Looking at 2014’s draw results will give you a good idea of what to expect.

*These nonresident license applications include a nonrefundable fee of $14

*These resident license applications include a nonrefundable fee of $5

If you’ve had a Wyoming license for moose or sheep hunts in the past, you cannot apply or gain preference points for the following 5 years. For example, if you had a successful application in 2010 for moose, you cannot apply for a moose license or points until 2015.

To hunt big game in wilderness areas, nonresidents must have a licensed guide or a Wyoming resident to accompany them, according to Wyoming Game and Fish.

There is no special draw for any of these species. For each unit, licenses are awarded with 75% for maximum point holders, 25% in a random draw that doesn’t consider points. Our advice: Know your points and apply for hunts with at least four available licenses in order to access the random draw component.

For sheep and moose, Wyoming works on preference points, not bonus points. Both resident and nonresidents accrue points. You gain one point for every year you unsuccessfully enter the draw. Even if you miss the application deadline for licenses in February, nonresidents can purchase a point for $75 (moose) or $100 (sheep) from July to September. If you’re a resident, a point for either moose or sheep is $7. The maximum number of points for both moose and sheep is 20. Preference point totals going into the 2015 draw can be found here.

If you apply for sheep or moose and your application is unsuccessful, you will automatically get a point. The fee will be deducted from your refund from Wyoming Game and Fish.

There is no point system for mountain goat. This license is once-in-a-lifetime.

Super Tag (good for one species) and the Super Tag Trifecta (good for three species) are a competitive raffle outside of the regular license lotteries. They cover moose, sheep and mountain goat. Entries are $10 for Super Tag and $30 for Super Tag Trifecta. You can submit an unlimited number of entries. The winning licenses are liberal in terms of dates and units. However, they probably have the worst odds of all your options for these species in Wyoming.

Is Wyoming good for building points?

Yes. You can purchase one point per year after the initial draw application has passed. Compared to other states, it’s fairly inexpensive to build points here for moose and sheep, especially for residents. Excellent for a hunter on a budget.

Can I turn my tag in if I decide not to hunt?

No. The only way to turn a tag back in is if you’re deployed or can prove a severe medical condition.

Are Super Tags worth the effort of applying?

For hunters that are on a budget we suggest using your hard-earned dollars to build points instead. The odds of drawing Super Tags are very slim.

For all of these species you have access to a Type 1 license. Many units offer earlier archery options before rifle seasons. Moose herds are declining more rapidly in units along the Western side of the state due to wolves, we recommend units without wolves in the Southwestern and Southern parts (though these are harder to draw).

We can’t stress it enough: there’s lots of opportunity for sheep in Wyoming. The state has everything you need for a satisfying ram hunt, even though only a couple rams qualify for Boone and Crockett each year. Over 200 sheep licenses have been issued for the state for the past three years, we expect similar numbers for 2015. 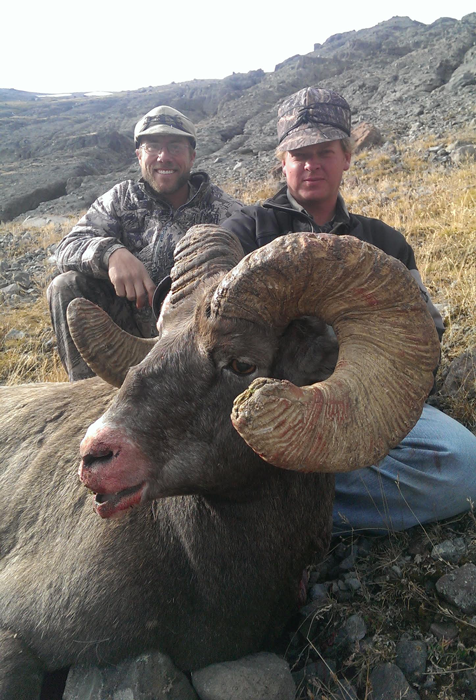 Wolves aside, moose hunters in Wyoming have a great advantage: season dates during the rut. Moose rut is similar to elk and runs from mid-September to mid-October. Like elk, moose will be vocal, gathering harems and susceptible to calls during this period. Make the most of your opportunity here to get them out of thick timber.

Mountain goat hunts fall mostly in wilderness areas with an earlier archery season in August, then rifle season is from September to October. 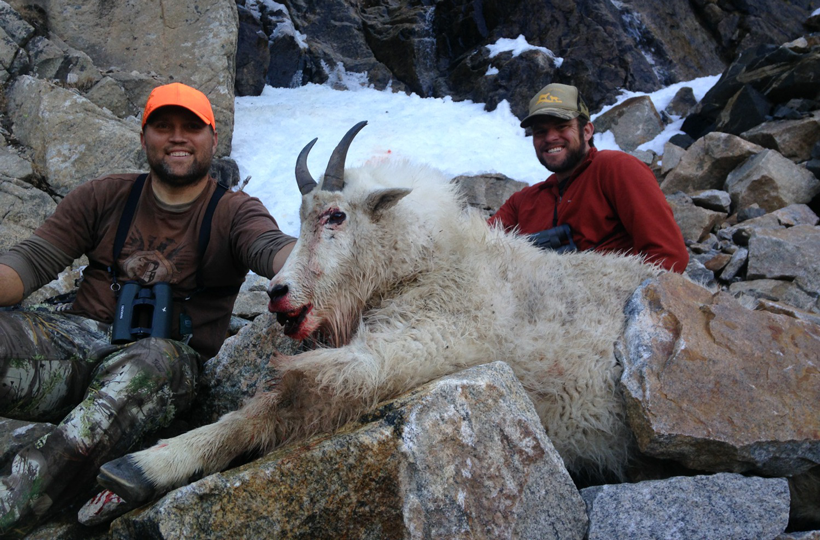 Season dates are not yet fixed, but you can find tentative season information for moose, sheep and mountain goat following these links. These hunts can be mentally and physically taxing, so start getting in shape now in case your application gets through.

General information, tips and our insights for hunting moose, sheep and mountain goat in Wyoming.

Special features for moose, sheep and goat in Wyoming

Remember, mountain goat has no point system. It’s just the luck of the draw for the three units available.

With 75% of the sheep tags reserved for applicants with the most points, accumulated points are key to securing a tag in the draw. While building points, plan to focus on units with four or more licenses.

Like sheep, accumulated points will be your ticket to opportunity. If you want a remote chance while building points, identify the units with at least four permits offered and select one to apply for. 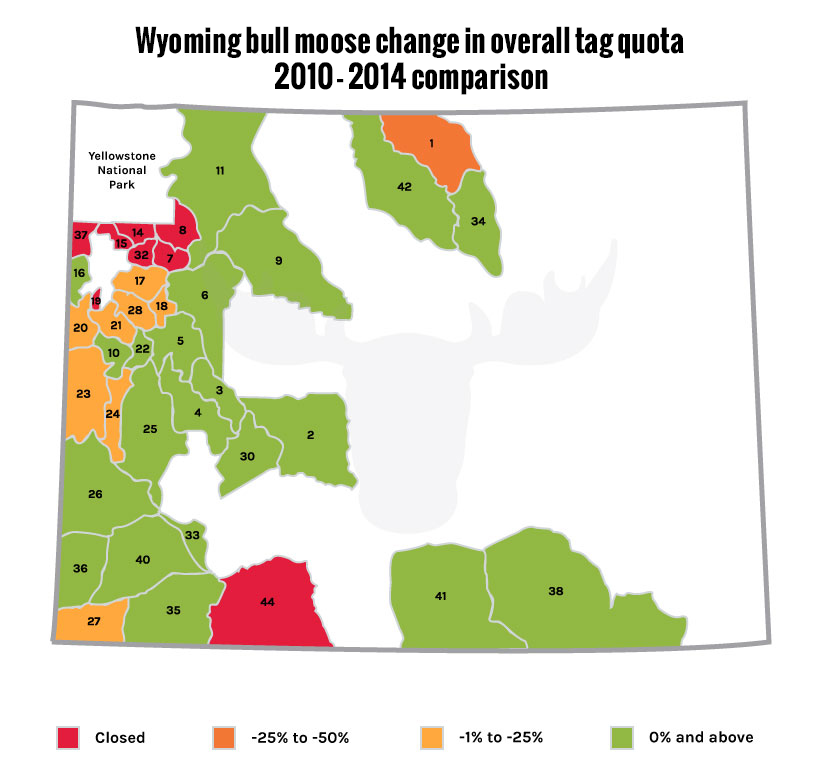 Remember, mountain goat has no point system. It’s just the luck of the draw for the three units available.

Same plan of attack for moose as sheep. If you have less than 11 points as a nonresident, focus on units with at least four licenses for moose. In 2014, the choices were Unit 5, Unit 25 and Unit 26. In 2014, the resident quota was four or more in every unit offered.

There are no points. Be on the lookout for our upcoming Wyoming unit profiles and research mountain goat Unit 1, Unit 2 and Unit 3. Select the unit that you desire and apply.

Nonresidents and residents should use the same strategy as applicants with 0 points. This year you just might be lucky.

There are no points. Be on the lookout for our upcoming Wyoming unit profiles and research mountain goat Unit 1, Unit 2, and Unit 3. Select the unit that you desire and apply.

What can I expect with 18 or more points?

Congratulations! Resident or nonresident, you are likely to draw whatever unit you apply for. However, if the pending legislation passes, then this would drastically change the points needed for nonresident applicants.

Do your research and study the unit profiles to find the unit you desire. Whether you are a resident or nonresident, you should be able to draw your desired tag. Watch for areas that may have been suffering predation from wolves. Congratulations!

Points are not issued for mountain goat in Wyoming. Pick one of the three units and cross your fingers. If you draw, plan to get in shape. Good luck!