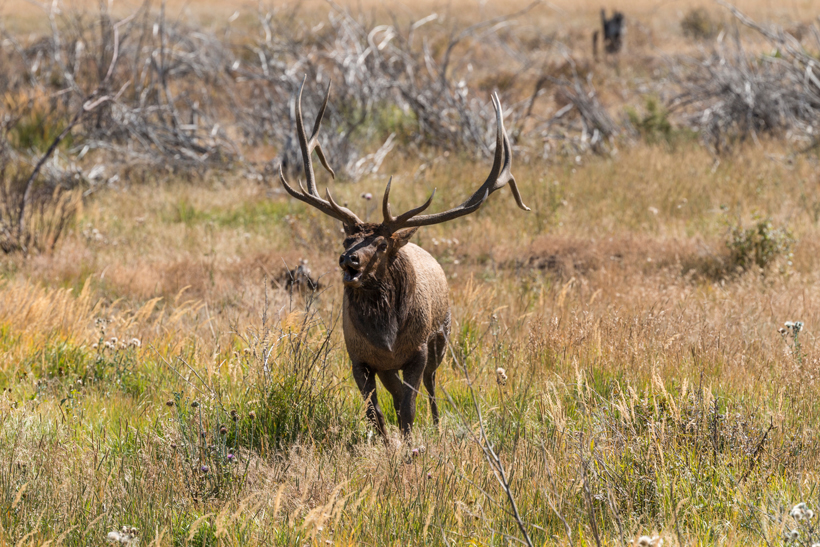 We love the high population of big bulls in Wyoming. Even better, there are a ton of elk hunting opportunities for both resident and nonresidents with great season dates during the rut and easy-to-draw general season tags. However, Wyoming’s hybrid draw system is a complex process that can be confusing, so here’s what you need to know to apply by February 2 (find the application online here).

Why Wyoming for elk 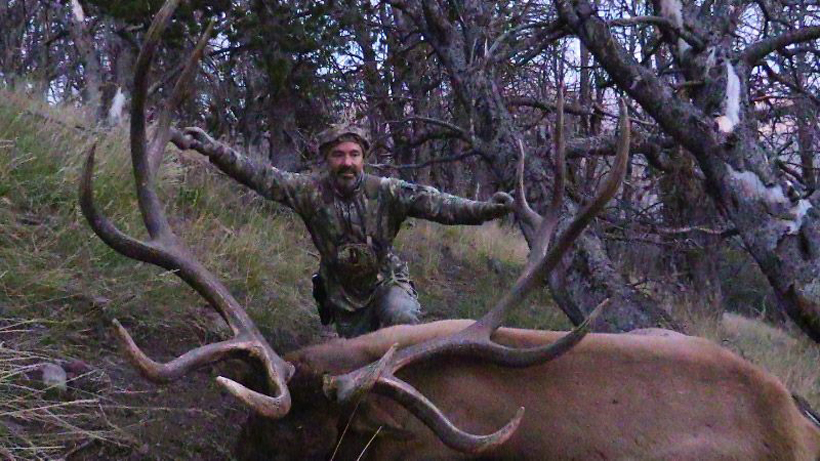 If you want to hunt elk, Wyoming is the place. Mild winters over the past three years and a sound management plan by Wyoming Game and Fish has resulted in a very healthy elk herd. There is good opportunity for high quality 350”+ bulls in many limited quota hunt areas across the state. 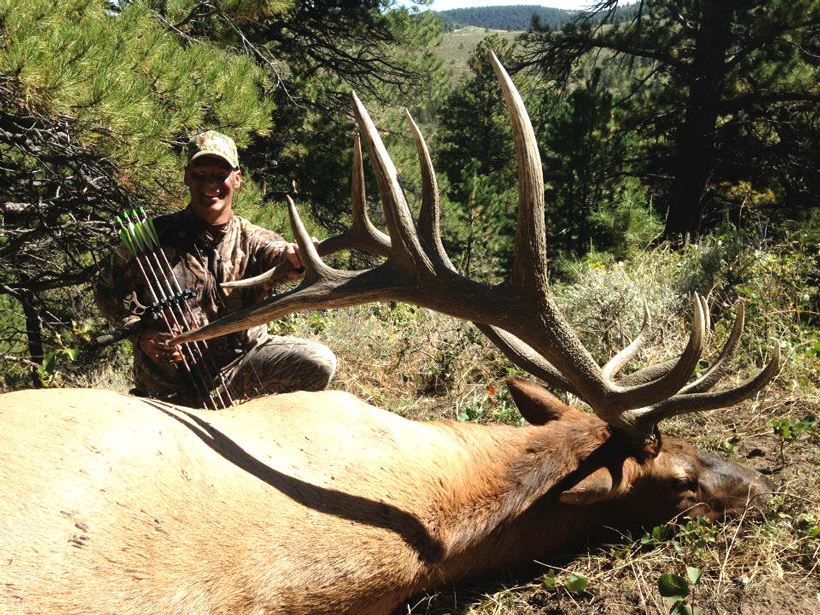 The Wyoming General Season tag gives elk hunters who aren’t concerned with trophy size the opportunity to get in the field. We’ll put it this way: Utah, Nevada and Arizona have the biggest bulls, but they are found in just a few units. Colorado and Montana have more bulls overall, but not as big. Keep in mind that there are a few 350”+ bulls harvested in general season areas every year, but overall, Wyoming has the best balance of quantity and quality. If you haven’t gone on a Wyoming elk hunt yet, try and make 2015 the year that you do.

Wyoming’s draw system is notoriously complex. It’s a hybrid system that combines preference points with random draw elements. Residents have a straightforward random draw, but nonresidents can choose between regular and special draw options (see below). Party applications and point-building for youth are also great for hunters.

Even though it’s complicated, there are a lot of things we like about Wyoming’s draw. When going through license applications, everyone’s first choice is considered before second choices are even looked at. If tags remain, then they go to hunters’ second choices. If you get your second choice, it costs you zero points. So you will get to hunt, and build points for next year at the same time. (Note: in recent years it has been very rare that tags remain for the second choice round, but there’s still a chance, so we say go for it!)

Wyoming’s elk draw is also great for residents. Enter the draw for a limited quota license and even if you’re unsuccessful, general elk licenses for residents are sold over the counter starting July 1, 2015. It’s a win-win.

*These nonresident license applications include a nonrefundable fee of $14

*These resident license applications include a nonrefundable fee of $5

Nonresident Licenses are broken into two categories in Wyoming: the regular limited quota draw and the special draw, which costs an additional $480. To show you how this works, let’s say a unit has 10 licenses available. 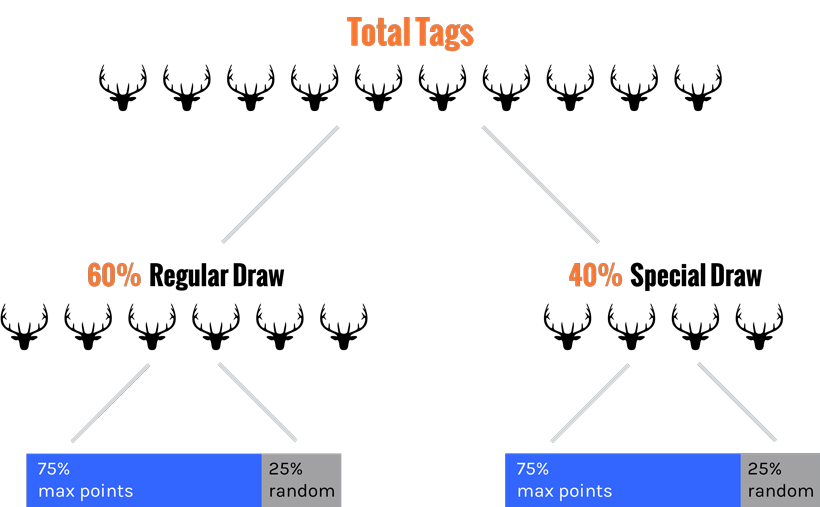 What draw is right for you?

The odds are slightly higher for hunters entering the special draw. The higher cost means that there are fewer people in the pool, which can be an increase of 15-20% to get the license you want. However, the special draw doesn’t guarantee success. The licenses for both regular and special draws are exactly the same once awarded.

Unlike many states, where if you don’t have the points you have no chance of getting a tag, Wyoming even gives hunters with a few points a chance. Even if you don’t draw anything this year, you can get a preference point to increase your chances next year.

Wyoming works on preference points, not bonus points. You gain one point for every year you unsuccessfully enter the draw. Even if you miss the application deadline for licenses in January, you can purchase a point for $50 from July to September. The maximum number of points for elk is 9.

There is no point system for residents. It’s basically a raffle with fairly good odds. You might have 300 people applying for 200 tags. All residents can purchase OTC general elk licenses starting in July.

Youth points are a bargain for nonresidents at $10. Youth must be at least 11 years old at the time of application and turn 12 by the end of December 2015 to qualify.

A maximum of six people can apply as a group for a party application. All preference points are totaled and averaged for the group. So if you have 6 points and your buddy has 4 points, you will have 5 points. This averaging is good for hunters, though Wyoming does take the decimal into consideration (unlike Arizona, which rounds to whole numbers). This means that a party application with an average of 3.87 points will draw from the 75% pool before a party with an average of 3.66.

Residents and nonresidents cannot apply together as a party.

Is Wyoming good for building points?

Yes. You can purchase one point per year after the initial draw application has passed. Compared to other states, it’s fairly inexpensive to build points for elk here. Excellent for a hunter on a budget.

Can I turn my tag back in if I draw and decide not to hunt?

No. The only way to turn a tag back in is if you are deployed or can prove a medical condition.

Are Super Tags worth the effort of applying?

For hunters that are on a budget we suggest using your hard-earned dollars to build points. The odds of drawing Super Tags are slim.

A great advantage for hunters in Wyoming is that they can hunt elk during the rut. The rut runs from mid-September to mid-October, with a peak rut taking place in late September. During this time bulls have gathered their harems, and are vocal and vulnerable. There’s excellent opportunity here.

For elk licenses you’ll be primarily concerned with Type 1 (antlered with rifle) and Type 9 (archery only). Season dates are not yet fixed, but you can find tentative season information for elk here.

Special features for elk in Wyoming

Apply for a general elk license in the special draw. Whether you apply first or second choice, the chances are you will be successful in drawing a tag. Wyoming is generous to nonresidents. In 2014 they issued a total of 4,501 nonresident general elk tags.

There are a number of quality units in the limited quota draw that you’re likely to draw with 4 or 5 points. There are also several good units in Wyoming making it easier to draw than other states. For example, in Utah there are 5 or 6 units known for big bulls, but in Wyoming there are 15-20 units with similar herd quality, giving you a wider range of options. Applicants with 3 to 4 points can take advantage of the special draw to pull a tag that would usually take 5 to 6 points in the normal draw.

What can I expect with 8 to 9 points?

You’re set to basically get any unit you want in the state in the special draw.