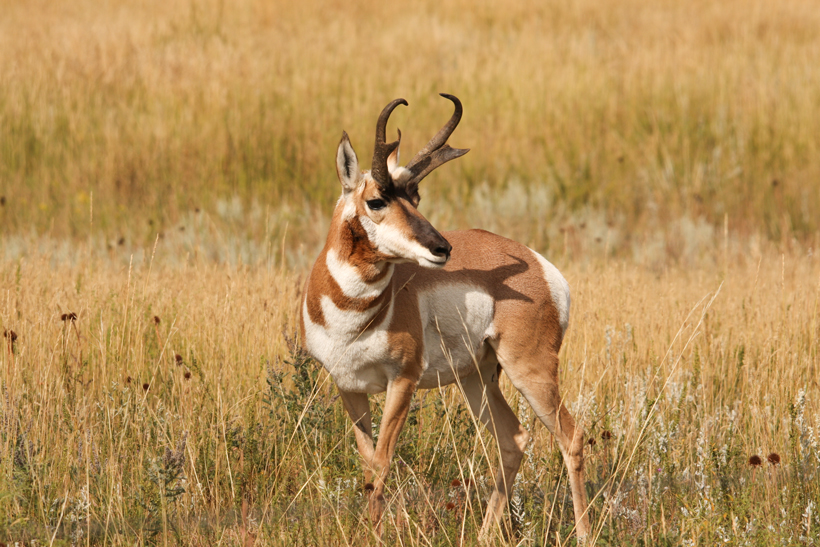 Montana is not known as a trophy state when it comes to antelope. But what it lacks in trophy potential, it greatly makes up for in the opportunity for a quality antelope hunt. The heavy hitters in Montana for trophy potential are located on the western side of the state on private land. Expect a long wait for these coveted licenses and private land opportunities. In the last 10 years, Montana has only has produced 39 B&C antelope entries which requires 80 inches or more. Most hunters focus their efforts on Southeast Montana. This is also a great state to be a bowhunter due to the extremely long archery antelope season. Bowhunters can also hunt the entire state which opens the doors to hunting some of the top trophy areas that can take years to draw for rifle.

If you are an antelope hunter and did not draw a lot of tags, the Big Sky Country is a great plan because of the late application deadline. Remember that Montana has a lot of opportunities for people who are just applying for antelope for the first time. You can draw an antelope license as your second or third choice and still build points. So don't let the thought of applying with no points discourage you. With over 8 million acres of Block Management that private landowners open up for hunting, this state provides a lot of choices for hunters of all types and abilities. Here is what you need to know about this year’s drawing. Apply online here.

Why Montana for antelope in 2015 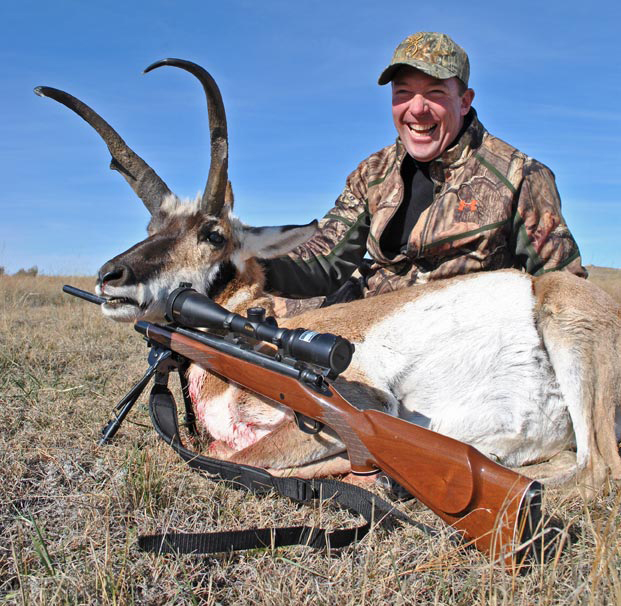 While Montana is not known for high numbers of trophy antelope, this state should still be on your radar for antelope if you want another hunt this fall or are looking for a relatively easy antelope hunt to take a youth or first time hunter. A trophy antelope in Montana is a solid 70 to 75 inches. Some hunting districts may offer the chance to take a buck close to 80 inches, but this caliber of a buck is rare. It typical takes two to four days for hunters to harvest an antelope in Montana, making this a great species to hunt with a high chance of success.

The majority of Montana is still recovering from the rough winters that have occurred over the past five years. Antelope have had it particularly hard. 2008 saw an outbreak of bluetongue that decimated the herds, which was followed by harsh winter and spring conditions until 2011. Montana’s largest antelope herd in Region 7 lost almost 76% of its antelope since 2008 and is still 50% below the long term average. Antelope herd numbers are on a slight rebound, but it will take a long time until we see herd numbers where they once were. The largest license cuts happened after the severe winter of 2010. Below you can see just how drastic the license cuts were for the either sex antelope licenses and the doe/fawn licenses. 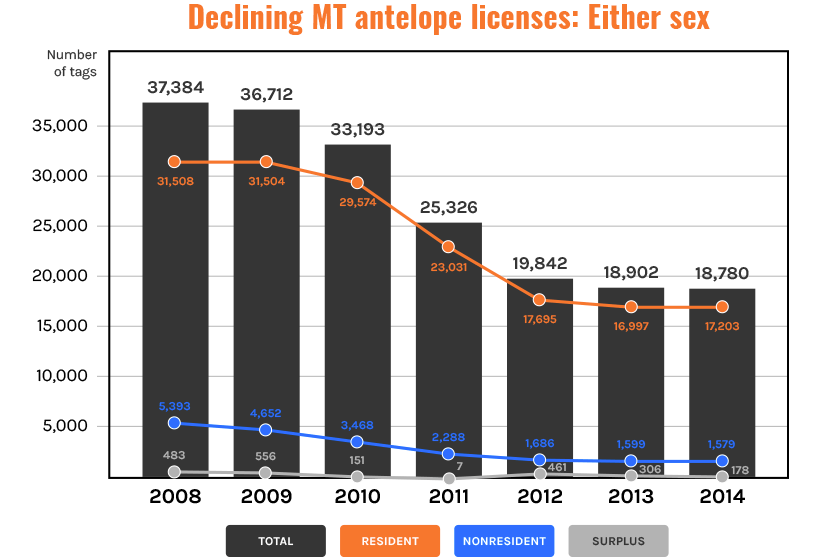 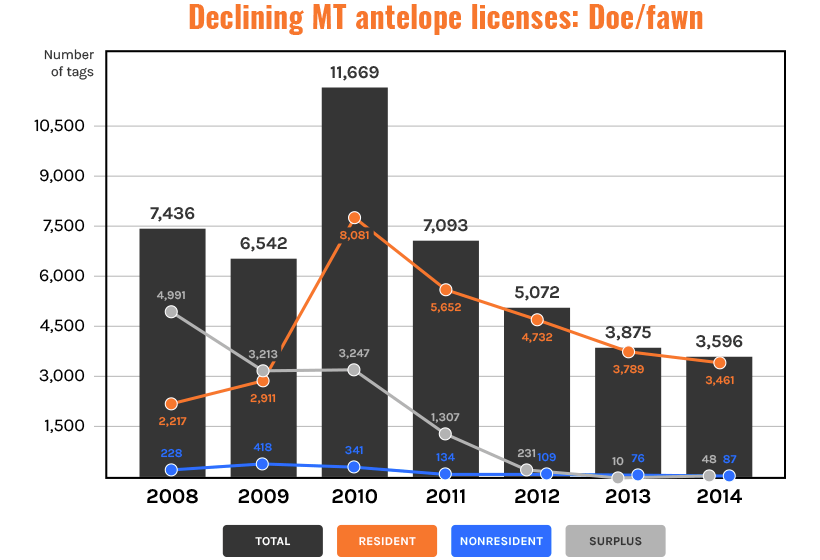 Montana’s nonresident application for antelope is fairly straightforward. Like all draws in the West, be sure to understand how the draw works so your application is not revoked. Applicants need an ALS number in order to apply (similar to a sportsman’s number in other states). New applicants automatically get an ALS number the first time you apply in Montana. If you have applied in Montana in the past, you can look up your ALS number here.

Applicants may select three hunt choices when applying for antelope. The state considers the first hunt choices of all applicants before considering any applicant’s second choice.

Nonresidents are limited to, but not guaranteed, 10% of the license and/or permit quota for a district. Nonresidents are only eligible for a license when at least 10 licenses are offered.

*All permit applications include a nonrefundable fee of $5. ** Required if you did not receive one in previous species drawings.

*All permit applications include a nonrefundable fee of $5. ** Required if you did not receive one in previous species drawings.

Antelope licenses are drawn in the following order. You can apply online here.

First: Choose the license of your choice.

Third: Select up to three hunting district choices. Montana has a normal draw system. Your first choice is awarded before everyone’s second choice. What this means is if you are looking to draw an antelope license, select your desired hunting district as your first choice. Your first choice is required. Second and third choices are optional. Second or third permit choices will only be considered if there are remaining licenses or if the quota is unlimited. If you draw a second or third choice, you will not lose your bonus points.

Note: Do not repeat the same hunt code for first through third choices. Make sure you pick the correct five-digit code for the hunting district. Pay special attention to the two digits at the end. These will correspond to buck or doe/fawn licenses. Failure to list all five digits will result in having your application revoked.

Montana’s application process is relatively cheap for a nonresident. Here is a quick breakdown on the cost to hunt: 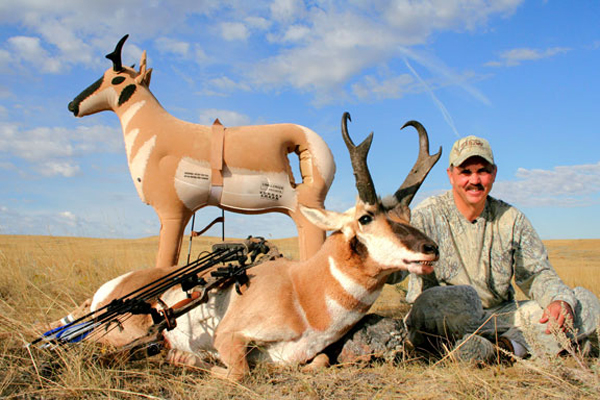 The more bonus points you have, the more chances you have at drawing a coveted license. Both residents and nonresidents accrue bonus points. You get one point for each year you apply for antelope. Bonus points will be squared prior to the drawing. Statistically speaking, squaring bonus points gives an advantage to the maximum point holders and further separates them from hunters just starting out in the application process.

The maximum antelope bonus points for 2015 are 11.

If your application is unsuccessful you will automatically get a bonus point for next year’s drawing. You may skip two consecutive years without forfeiting bonus points.

There is no youth-specific point system in Montana. A youth can start building bonus points at age 12.

A maximum of five hunters may apply together in a party application for antelope. All members of the party must apply for the same districts in the same order and must have the same bonus point participation (all purchasing points or all not purchasing points). Bonus points are averaged and rounded to the nearest whole number. Applications with an error in any of these areas will be thrown out of the party and the remaining applicants will be processed as a party.

Note: A party application means that a group of hunters are applying together for the chance to obtain hunting licenses or permits. It is illegal in Montana to transfer any hunting license to another person. Each hunter must harvest his or her own game animals.

You can apply for Montana’s antelope application process online or through the mail. Applications must be postmarked by US Postal Service on or before March 16, 2015 to:

Is Montana good for building points?

Yes. Montana is a great state for building points. Bonus points cost $20 for a nonresident and $2 for a resident.

Can I turn my license in if I decide not to hunt?

All online license purchases and applications are final and cannot be changed or withdrawn. Once you draw your license you can request an 80% refund by August 1 or a 50% refund before the start of the general season.

Do I have to pay license fees upfront?

You do have to pay the full license fees upfront for antelope.

Montana’s antelope seasons are very straightforward. Montana is very generous with their season dates. The 900 series antelope license is archery only and offers three solid months of bowhunting. Hunters who draw the general season antelope licenses can also archery hunt from September 5 to October 9. This is a great incentive for nonresident hunters who may have drawn an elk or mule deer license and will be out bowhunting during this time.

Best license in the state? 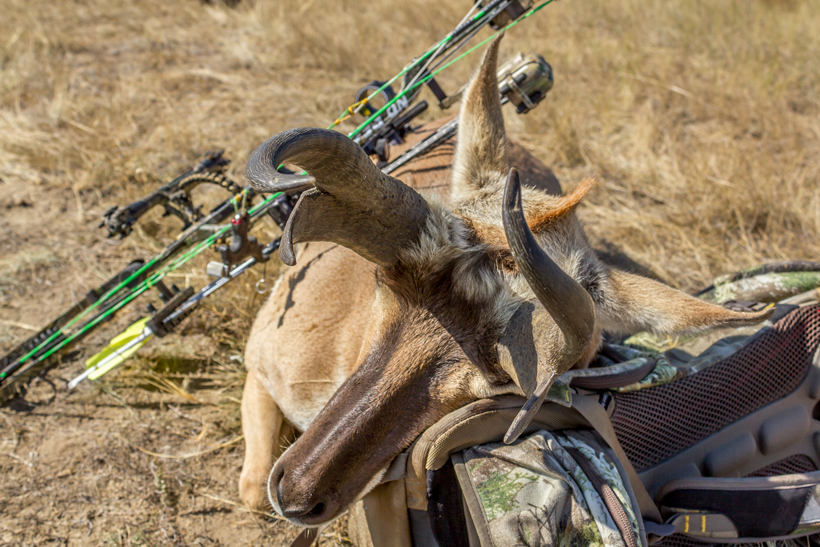 This license enables a full three months of bowhunting. You have a long season, you can hunt antelope during all phases (pre, rut and post rut) and you have relatively low hunting pressure.

Hunters can draw this license as their second or third choice most years and you will not burn your bonus points if you draw your second or third choice in Montana. This is the perfect license to have in your pocket because you can start your hunt in mid-August, take a short break for archery elk hunting and then bowhunt antelope during the September rut.

Special features for antelope in Montana 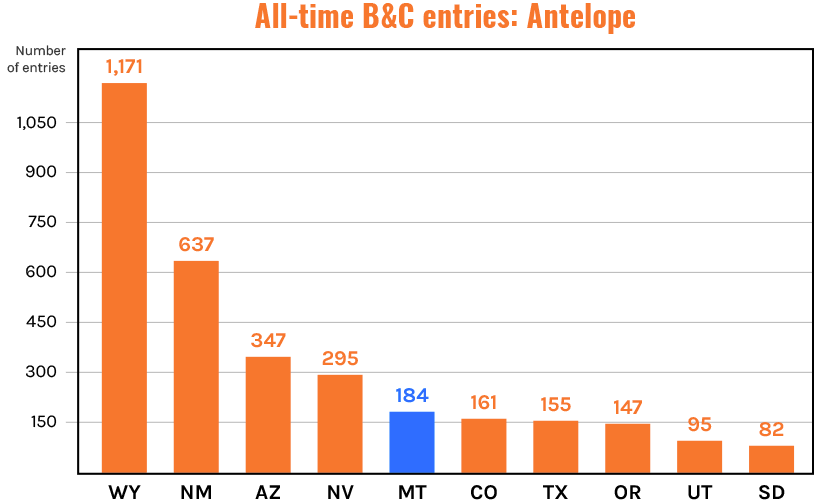 If you are set on hunting antelope, there are several hunting districts that provide great draw odds with zero points. Take a look at these hunting districts: 339, 360, the majority of Region 5, 620 and 700. Additionally, hunters can apply for the multi-region 900-20 archery-only antelope license and draw it with zero points for both residents and nonresidents.

Hunters dead set on finding a true trophy antelope buck in Montana should consider applying for hunting districts 215, 401, 404, and 690. Additionally, hunting districts 381 and 388 are solid choices for a rifle hunter. Hunters should be able to draw most antelope hunting districts with three or four points. Keep in mind that you can draw an antelope license as your second or third choice and still build points for some of the trophy hunting districts in Montana. Keep in mind that Northeast and Southeast Montana (Region 6 and 7) antelope populations took a heavy hit the past five years. The trophy potential is still there, but finding antelope in these regions can be frustrating. Securing private land access for your hunt will greatly improve your odds of success.

What can I expect with 8 or more points?

From a trophy hunting perspective, there should be no reason that hunters should have eight or more bonus points in Montana. This state does not provide the trophy quality of Arizona, New Mexico or Wyoming and by the time an applicant has eight bonus points, they could have gone on several antelope hunts by now in Montana. If you are holding out for a certain hunting district, you may want to apply for a license in hunting district 215, 401, 404 and 690. Montana is a great opportunity antelope state and 80 plus inch antelope are rare. 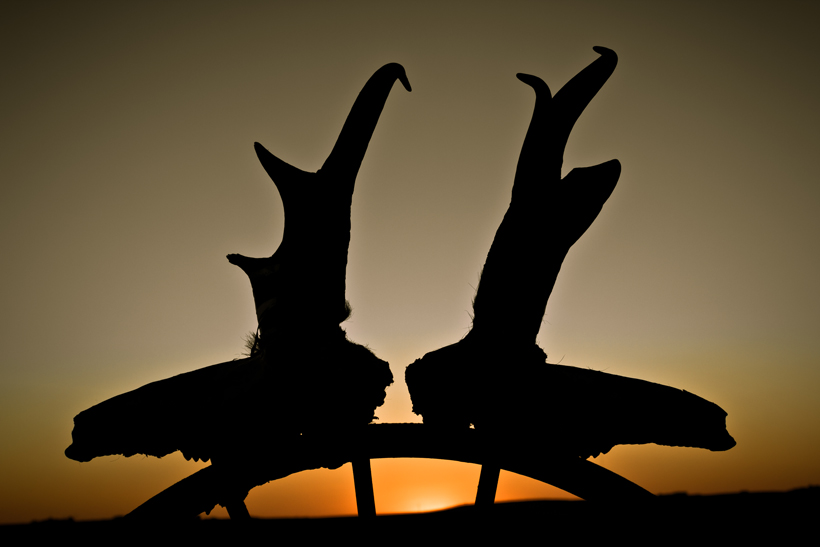