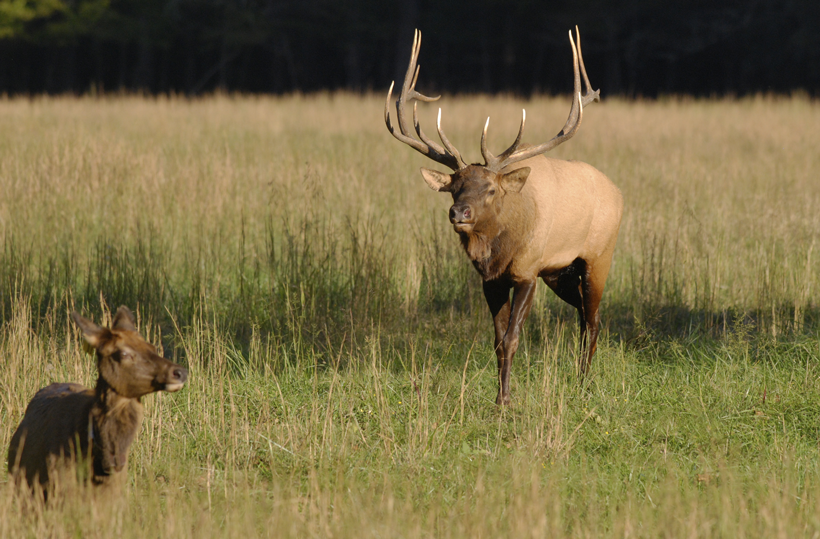 Arizona remains a hunter’s favorite state. The mild winters, incredible genetics and some of the best game management in the West make for excellent elk and antelope hunts. We love the various season dates offered during the rut and how Arizona’s antelope numbers dominate the record books. Premium tags for both species are some of the most difficult to get, but they are definitely worth the wait. Of course, the complex lottery system with multiple passes and bonus points can be frustrating to understand, so here is all you need to know to apply for elk and antelope hunts in 2015 (apply online here or download this paper application and submit by mail).

Why Arizona for elk and antelope

High-quality elk and antelope are the norm in Arizona. There has been sound management for well over the past decade, and the herds show it. 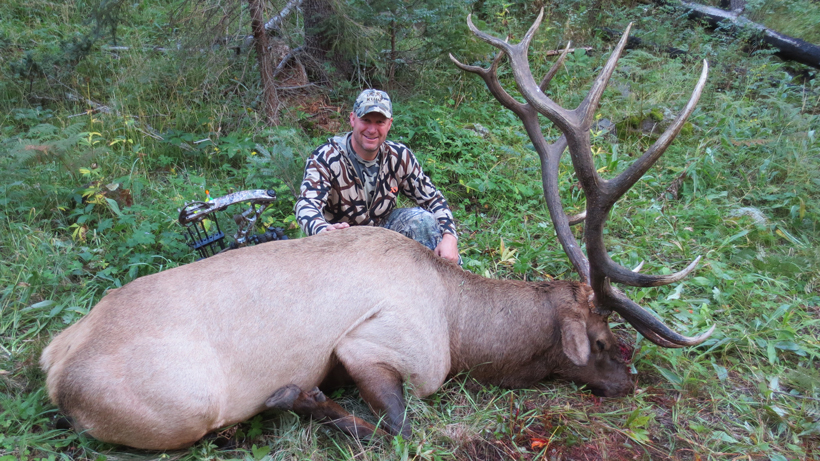 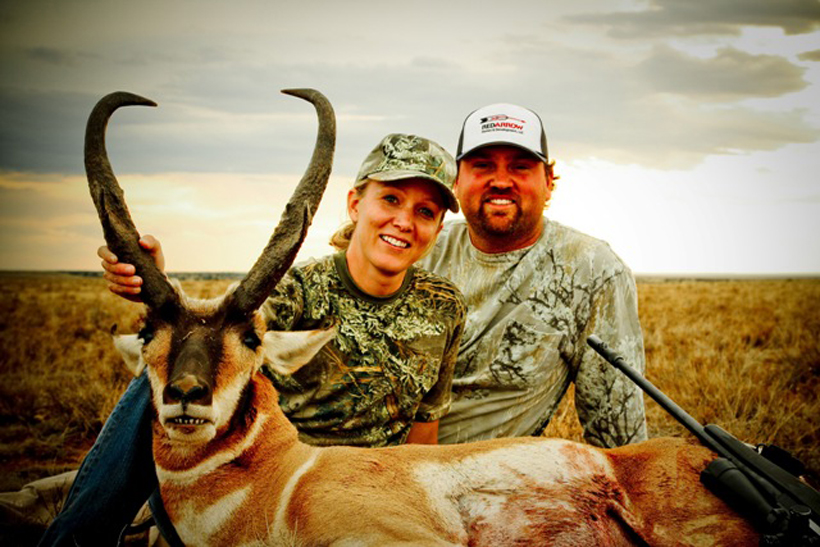 Antelope are found around the state, but there are not a lot of tags available, making it difficult to draw a tag. Find more detailed descriptions of units in our profiles for Arizona’s antelope and elk.

Arizona’s lottery system has three passes. The first pass (Bonus Pass) gives 20% of tags to those with the most bonus points. The second pass (Pass 1-2) goes to first and second choices on tag applications; the third pass looks at third, fourth and fifth choices. Usually the draw for these species never gets to the third pass due to the number of applications.

Arizona residents have a definite advantage in the draw system.

*These nonresident license applications include a nonrefundable fee of $15.
**Price for hunts designated youth-only.

*These resident license applications include a nonrefundable fee of $13.
**Price for hunts designated youth-only.

Note: If there are any leftover tags for elk or antelope, they are available on a first come, first served basis starting at 8 a.m. MT on April 20. Check online for the listing of what’s available and apply by mail to:

Nonresidents are limited to but not guaranteed 10% of the tags for each hunt code for all species. For example, if a unit has 10 elk tags available, only 1 of them will go to a nonresident. With antelope, tags are so few that many units will have less than 10 tags total, particularly for coveted rifle hunts. For these units, 1 tag may go to a nonresident, but it varies.

The first pass of the draw awards 20% of available tags to those with the most bonus points. If there are more applicants than tags, they are assigned through random computerized draw. Check out last year’s drawing odds in Arizona’s 2015 booklet for elk and antelope. 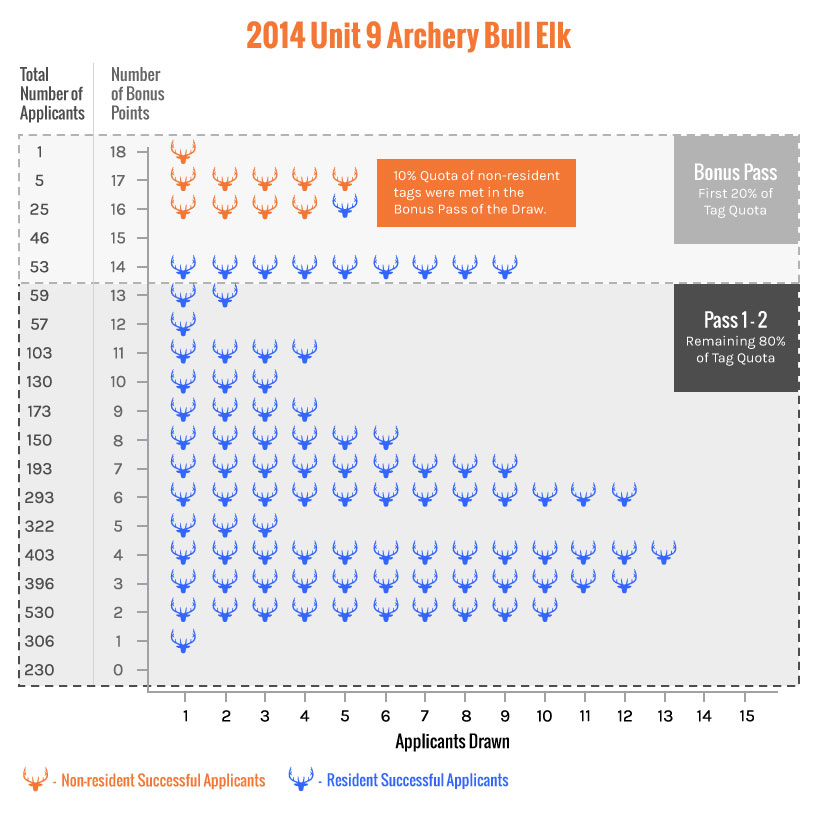 When you apply for a species tag, five hunt choices are allowed. In phase 2 of the draw, both of your first and second choices are considered together. So if your first choice is available, you get it; if not, it goes to your second choice. If your second choice is available, congrats! Otherwise your application goes to phase 3 (your third, fourth and fifth choices). Realistically you’ll be waiting for another year to hunt if this happens.

The more bonus points you have, the better your chances. Both residents and nonresidents accrue points. The maximum points for elk and antelope is 26 for 2015.

Pairs or groups of hunters may apply together in a party application. The maximum size for a party is four. Bonus points are averaged and rounded to the closest whole number for the entire group.

For more information on Arizona and their draw system, please see our State Profile.

Arizona Game and Fish has both a paper application and online application. We think online is easier (no chance of your application getting rejected because of illegibility). (Note: the deadline for updating your credit or debit card information online is 11:59 p.m. MT on Thursday, March 12, 2015).

If you want to be old school, you can submit your application by hand to any Game and Fish office until the deadline or by mail to:

For questions, call (602) 942-3000 and choose #2 for draw, bonus points and hunting and fishing license info. See deadlines and fees in the above tables.

Is Arizona good for building points?

Yes. Arizona’s biggest advantage is you can buy an annual license and apply for points only. For residents it’s $13 a point, nonresidents it’s $15 a point per species. Definitely a cost effective way to build points.

Can I turn my tag in if I decide not to hunt?

No. However, Arizona allows parents or guardians to transfer their tags to a related child for a $4 fee. You can also donate your tag to a qualifying organization for use by a child with a life-threatening condition or military veteran with a disability for no fee.

Arizona’s elk and antelope hunts include general, archery-only and muzzleloader seasons. Some units have four seasons available — early archery, early rifle, late archery and late rifle — which makes for lots of opportunity to get out in the field. Season dates are set and can be found in our unit profiles.

Compared to other states, Arizona’s weather and terrain are very mild. Wilderness areas are easy to access and hunters are not required to have guides in the wilderness. Some areas are physically strenuous, but overall this is the easiest terrain for big game hunting in the west.

A great advantage for hunters in Arizona is that they can hunt elk and antelope throughout the rut. Elk are at the beginning of the rut with the September archery season. Bulls are starting to gather their harems and are vocal, so it’s a great time to use your calling techniques. Days are long and the weather is mild. The early muzzleloader and rifle seasons later in September let hunters capitalize the rut frenzy with longer-range weapons. From October to December, there’s still excellent opportunity for big bulls. Get all the details unit by unit in Arizona’s elk profiles. 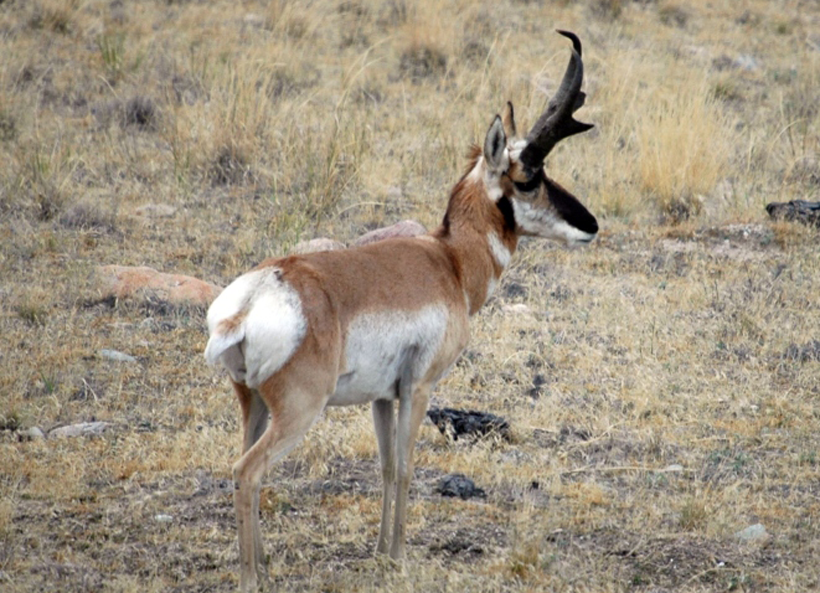 Antelope seasons also overlap with the rut in August and September. Muzzleloader and rifle seasons generally coincide with peak rut action. Antelope are up and chasing. During antelope archery hunts you can use decoys, but they are illegal during firearm seasons.

General information, tips and our insights for hunting elk and antelope in Arizona.

Hidden gem: The apprentice license is free and gives you two days to mentor a new hunter. This is a new opportunity for a new hunter to "try before you buy" for two days. It is not applicable to big game hunting. Only small game. The apprentice can be a non-resident, but the mentor must be a resident licensed hunter.

Special features for elk and antelope in Arizona

For elk with no points, plan to apply for hunt choices with tags available in the random draw or "Pass 1-2". For nonresidents this will be hunt choices that are less popular, or choices with a high tag quota. Late rifle and late archery elk choices are your best bet. Resident quotas are higher, giving residents a random chance at drawing a tag with no points. Antelope provides little hope for the nonresident applicant without points. Occasionally a tag is drawn randomly. But overall tag quotas are low making the chances slim to draw a random tag.

What can I do with 6 or fewer points?

Late season rifle elk tags and late season archery elk tags will be the best bet for success in the draw. For early archery elk opportunity, look at Units 4B, 5B South, 6A, 6B and 11M. Typically, these have nonresident tags available in the random draw. For antelope, your best bet is applying for units with higher tag quotas, but odds are still very low.

What can I expect with 14 or more points?

Apply for the coveted archery and early rifle seasons in trophy-rich units for elk. The most coveted rifle antelope tags will take over 20 points, but some areas that offer a higher tag quota may have tags available in the second pass of the draw. Units like 7E, 7W, 9, and 10 typically have a higher rifle tag quota. Congrats!