Tanner is an avid bowhunter and big game hunting enthusiast with a passion for the mountains. He has had a promising start to his young hunting career. In the last two years he has had the opportunity to chase antelope, bear, bobcats, elk, mule deer, mountain lion, and whitetail. The better majority of those hunts occurred with his Hoyt bow.

His first big game experience came at a mere age of six, when he was sitting in a tree stand watching his dad shoot a heavy horned 4x4 whitetail with his self-made recurve bow. At the age of nine Tanner took his first whitetail buck with a bow in his home state of North Dakota. All throughout his teenage years he hunted as much as any three sport athlete could. Weather it be after practice, weekdays without school, or weekends, he and his family was always finding something to pursue. It was at a young age he became addicted to the stick and string game. Although he will chase everything tags and time will allow for with any legal weapon.

Tanner loves his whitetails, that's home to him, his bread and butter. Always trying to pick the sheds off of bucks well known from the year-round trail cameras and use of Vortex optics. He also enjoys working his lab for pheasants and chasing walleyes from time to time. Although the mountains will always have a calling to his heart. Tanner has become fond of the backpack bowhunting opportunities the West has to offer.

Tanner is from Beulah, North Dakota and graduated from Bismarck State College with an AAS degree. He works as a coal miner operating heavy equipment. 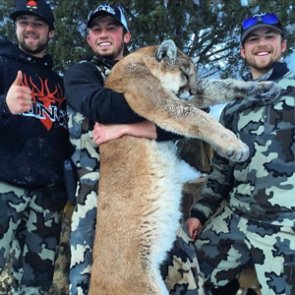