Ron is an accomplished bowhunter, writer, editor and conservationist. He is active in his state bowhunting organization and with the Wyoming Game and Fish Department. He has multiple Pope and Young entries from several states. For the past 15 years he has documented his adventures, writing for a variety of outdoor magazines and websites. He is currently the editor for Extreme Elk Magazine.

His first big game experience came when he was 19, bowhunting for the first time in Wyoming and harvesting a fork-horn mule deer. That solidified his passion for bowhunting. A few years later when he shot his first bull elk with a bow, a new obsession began.

Ron is passionate about elk and is a life member of the Rocky Mountain Elk Foundation and served years as a committee member and then Chapter Chairman for a couple of years. He also served on an elk working group for the Wyoming Game and Fish Department.

Ron is from Cody, Wyoming, married with one son, who served in the Air Force for 6 years including two deployments. Ron spends 6-8 weeks a year bowhunting elk and other western game. He believes that hard work and persistence are vital to consistent success. 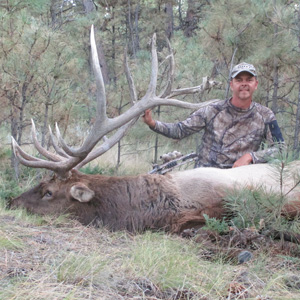 Hunting solo for elk has many challenges 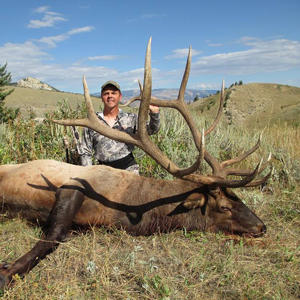 How to create success on difficult elk hunts

You, elk and the elements