Jack Ballard is a third-generation Montanan who grew up on a family ranch 50 miles west of Bozeman. He began hunting rodents and small game at a tender age with a Daisy BB gun, later graduating to a .22 rifle. His hunting experience is dominated by the pursuit of western big game species (elk, mule deer, pronghorn) on public land.

After graduating from Three Forks High School, Jack graduated from college and also completed two advanced degree (M.A., M.Ed). He taught at the university level for over 10 years while developing a second career as a writer and photographer. Now a full-time, independent outdoor writer/photographer, Jack’s hunting articles have appeared in over 30 regional and national publications. He has written hundreds of articles focused on the “how-to’s” of hunting as well as inspiring accounts of particular adventures.

Jack is the author of three books related to elk hunting. “Creating a Traditional Elk Camp” and “Elk Hunting Montana” were his first two books, both endorsed and imprinted by the Rocky Mountain Elk Foundation. He is also the author of “Elk: A Falcon Field Guide.” This title is a thorough investigation of the biology and behavior of the most beloved big game animal in the Rocky Mountains. Jack has also written six other field guides of interest to hunters devoted to the following species: grizzly bears, wolves, bison, black bears, moose and bighorn sheep.

The research skills Jack developed as a university lecturer inform his writing. Many of his articles apply current research involving big game species to hunting. An avid athlete, he is also acutely interested in the human performance aspects of hunting. Hike-in, backpack and horseback are his preferred modes of accessing the backcountry. Jack competes as an alpine ski racer and distance runner in the hunting off-season. See more of his writing at www.jackballard.com; www.ballardstockphoto.com showcases the photography of Jack, his wife, Lisa and his son, Dominic. Jack has three children and lives in Red Lodge, MT. 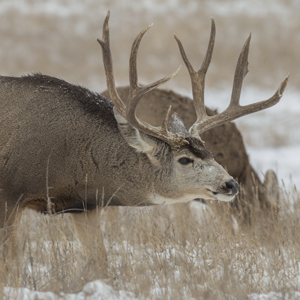 The best days to plan your late season hunt 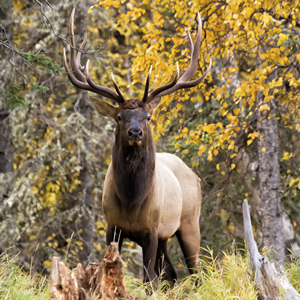 Tactics to put more elk meat in your freezer